Based on the remote island of Malolo in Fiji, Vunabaka was founded on the vision of a sustainable marina-based community that offers water sports such as surfing, fishing, kiteboarding and diving. The challenge for the greenfield development was to build a scalable, economically viable electricity network that provided reliable renewable energy with minimum environmental impact. 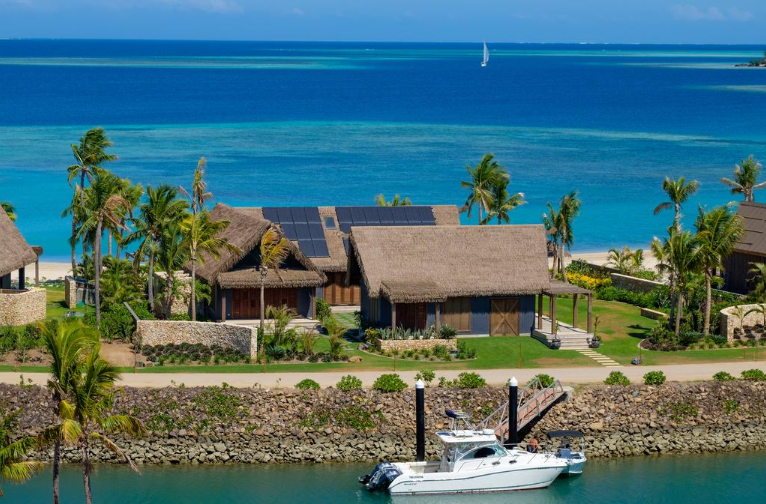 When Vector Powersmart was first approached to solve Vunabaka’s challenge, the developers were considering individual off-grid solar systems for each building . As many of the buildings were going to be holiday homes, this would have resulted in large scale redundancy for both generation and storage capacity. Our solution was the centralisation of a reticulated power supply drawn from distributed solar energy stored in utility scale lithium ion batteries, and diesel generators. By centralising all energy sources, cost efficiencies were achieved for the development. The solar photovoltaic (PV) arrays were distributed on rooftops throughout the development site, which eliminated the need for a single large-scale solar farm taking up valuable flat land. The arrangement of the solar PV also meant that the solar generation curve was maximised as the arrays were placed in different directions. 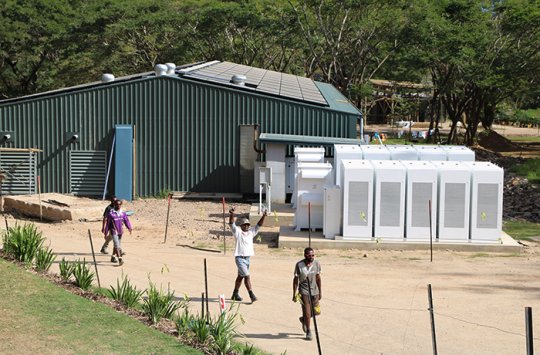 Vunabaka is now seen as one of the premier developments in the Pacific Islands that enjoys a reliable largely renewable energy supply which in turn enhances its sustainability credentials. With a scalable design that uses a lithium-ion battery energy storage system (BESS), Vector Powersmart is able to add additional network capacity as the development grows. 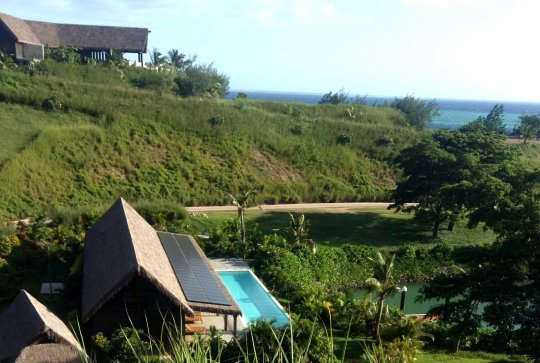 ‘We went out to tender, spent a lot of time talking with all the various suppliers and by far Vector Powersmart came back with the most professional and comprehensive solution.’