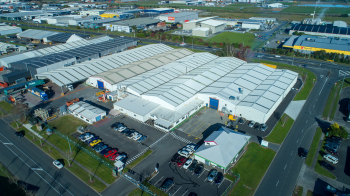 One of the largest solar energy systems in New Zealand is being installed on the roof of a Laminex manufacturing facility in Hamilton. Measuring in at 2724m2 the solar energy system will reduce carbon emissions and energy costs as well as advancing New Zealand’s electrification ambitions.. Vector PowerSmart will install the 524kW solar array by mid-2020. Udy Group, the commercial landlord for the facility will own the system and on-sell the power to Fletcher Building subsidiary Laminex. By converting the site to solar energy, Laminex New Zealand will reduce the carbon emissions for its total operations by around 7 per cent.

Dan Udy, Director of Udy Group, said investing in rooftop solar added long term value to the landlord-tenant relationship and made commercial sense. “Renewable energy is much more affordable than it was even a few years ago. We can help our tenant be more sustainable by providing renewable energy and maximise the value of otherwise unused rooftop space”.

Laminex New Zealand General Manager Mike Arthur said the renewable electricity would help carbon emissions, an important goal for the company, and provide certainty over power costs.. “Fletcher Building has committed to achieving a 30% reduction in our carbon emissions by 2030 and using renewable energy sources at manufacturing sites like this one will help us get there. “It also means we can plan better for our power costs over the long term, which is a valuable hedge against the volatility in New Zealand’s wholesale electricity market.”

Vector’s Chief Operating Officer PowerSmart Colin Daly said more solar on commercial buildings would help the country achieve its electrification ambitions. “Commercial building owners with large, unobstructed roof space should consider whether solar made sense for them and their tenants because electrifying the economy is one of the key ways we’ll be successful as a country in meeting our carbon emission reduction goals.

The Laminex site is expected to be completed in mid-2020, with its 524kW solar array being the largest in Hamilton and one of the largest rooftop systems in the country. In 2014 Udy Group commissioned Vector PowerSmart to install what was at the time New Zealand’s largest solar array on the roof of Tarewa Mega Centre in Whangarei. When the Laminex installation is complete Udy Group’s portfolio will include a combined 795kW of renewable generation. 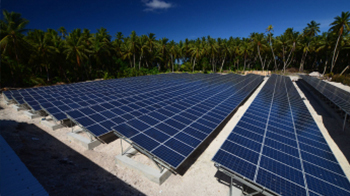 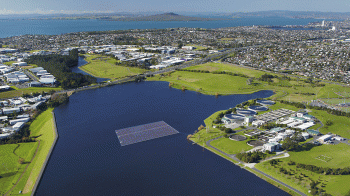